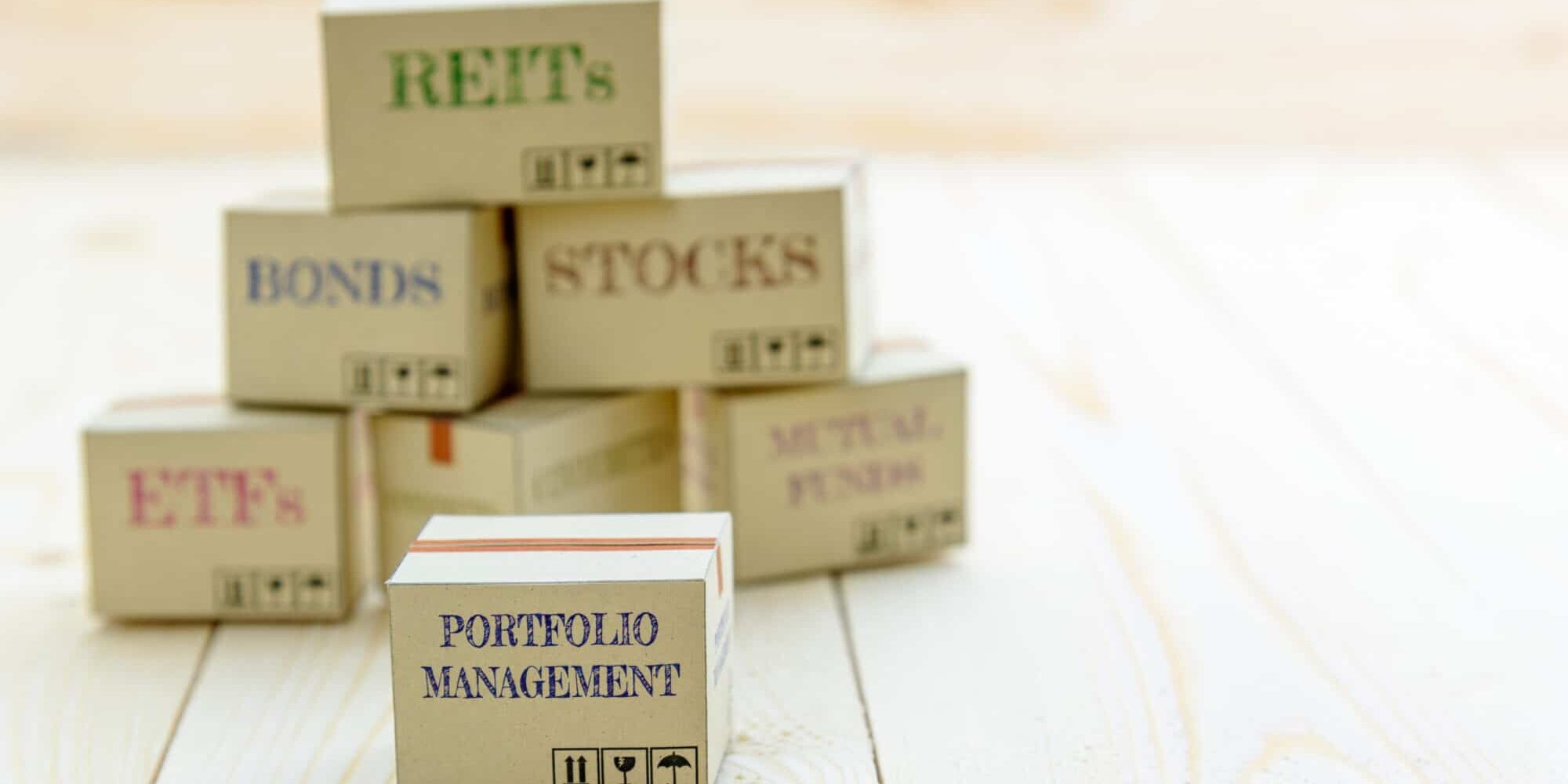 With this article I would like to start a series of educative posts for those looking to increase their knowledge about building a portfolio of assets and managing it. We will start from the Basics that will help you understand further issues and considerations. The Basics are aimed at understanding such definitions as “return”, “averaging”, “time value of money” and last but not least “compounding”. All this will be later built up to present classical portfolio theory, the Capital Asset Pricing Model (CAPM) and contemporary models of portfolio management. There’s going to be a little bit of maths here, but hey don’t get scared! 🙂 Let’s now get onto the Basics…

Let me first just start with explaining the major framework of investing as a process. Individuals earn Income and spend part of it to cover their Consumption. Naturally Income and Consumption are most of the time not a zero-sum game. There’s 3 options here, which I present below:

1. Income = Consumption => an individual is self-sufficient and does not need economic interaction with the outside world. This situation is rather rare in reality.

2. Income < Consumption => in that case the missing amount needs to be borrowed to cover the Consumption.

3. Income > Consumption => this creates what we call Savings. Savings, once created, can be utilised to finance the individual’s future (higher) Consumption by means of Investing. Investing can be done by Lending.

These 3 options, especially options 2. and .3, create what is called the Market. It is where the needs of the Borrowers meet the Lenders and their Savings that can be utilised to finance the Borrowers’ missing amount to finance their Consumption. The financing does not happen at no cost of course. The Lenders give up their current Consumption. The price to pay for that is higher Consumption in the future. Otherwise the Lender would have no interest lending, as the same level of Consumption now is natually preferable than in the uncertain future.

All this results in the Lenders demanding what is called Required Return or, put in relative terms to their disposable Savings, the Required Rate of Return (RRR).

Required Rate of Return (RRR) is a relatively complex term. Most of the the people do not do much thinking about what drives the price of money (or Savings) when they need it. Usually the Borrowers see just one rate while taking a mortgage or a loan (be it 5%, 3% or any other number). But the final rate demanded by the Lenders really consists of 3 different prices put all together and creating the RRR.

Put simply the Lender demands a price to be paid for the following: Time (T), expected Inflation (Ie), Uncertainty of the Lender returning the money (U):

T: time is the link between consuming now and in the future. As already mentioned anything you can have now is worth more than having it in the future. This creates the Time Value of Money, which is nothing more than the price for putting off current Consumption. The rate of return compensating for the passage of time is most often called Real Risk-Free Rate. It does not take into consideration the creditworthiness of the Borrower.

Ie: a simple definition of inflation from investopedia.com is: “inflation is a quantitative measure of the rate at which the average price level of a basket of selected goods and services in an economy increases over some period of time. … Often expressed as a percentage, inflation thus indicates a decrease in the purchasing power of a nation’s currency”. Every Lender will want to be compensated for the loss of the purchasing power of money lent or invested.

U: this part of RRR represents the Borrower’s crediworthiness. It’s the price a Lender will demand from the Borrower for the risk of the latter not being able to pay back the money.
Risk-Premium is what this additional margin is usally called.

All the three components put together make up the RRR.

Now once we have cleared what the insitution of market and RRR is, we can move forward with showing basic tools used to measure the returns. There’s quite a bit of ways to do that and some are pretty sophisticated, but for the sake of simplicity in this post we will concentrate on the basic ones that are most commonly used.

The simplest measure of return on a given investment is the Holding Period Return (HPR). In short it is the the price change of an asset divided by the original entry price. For assets with no additional income (like commodities or non-dividend stocks), this can be written as:

For assets paying dividends or coupons within the holding period a simple HPR (call it HPRd) right after such a payment (call it D{t}) would look like this:

It is common to assume that dividends and coupons are paid out during the holding period and reinvested. For a single intermediate D{y} reinvested at R{t-y}, which is the annualised (see below) rate of return from time y to time t, the HPRd equasion is as follows:

Naturally, if there’s more intermediate payments, every single D{t,j} is reinvested at its appropriate R{t-y,j} and all the reinvested cash flows are added up in the formula.

If a dividend is reinvested in the same stock that paid it, the formula can be additionally modified to:


Often the returns are expressed in a way that gives a view about how big they are on a yearly basis (they measure the HPR in a annualised way). They are called the Annualized Rate of Return then. This is often used in the financial industry to give investors a perspective of what their investment delivered (or is expected to deliver) in a standardized period of time, which most often is 1 year.

A basic formula for expressing a standard Holding Period return (call it HPR{y} where y is the number of days for the HPR):

Averaging the the HPR

Most of the times investments are held longer than just one period of time. An investor who holds an asset (or a whole portfolio) for let’s say 5 years would like to know his average yearly return over his holding period.

You can have two ways of calculating it:

This attitude, although kind of natural at first thought, is unfortunately not right. Let me show you an example:

Example: Assume you buy two different stocks A and B. Both stocks have the same price at the start of 100USD and after 2 years you sell both of them at the same price of 144USD. What differs them is the way they behaved inbetween (stock A constantly rose in Years 1 and 2, whilst stock B was much more volatile and doubled in Year 1 only to drop back to the final sale price of USD144 in Year 2).

As you can see applying an AAR here yields misleading results: 20% in case of stock A, but 36% in case of stock B. Who can the average returns be different while the start and end point values are the same in both cases?

Using this averaging method for the same two stocks (A and B) we’re coming at:

Now the results are logical and accurate. An average yearly return in both cases is 20%.

And here we’re coming to a very important characteristics of returns. They are multiplicative (not additive).

Remember I once told you to remember the word “compounding” in one of the basic posts about investing here? 🙂 Now is the time to explain why. Compounding is possibly the most powerful word in finance and everyone who deems himself an investor should first thoroughly understand this idea to fully take advantage of it.

Here is the definition of compunding from my good old friend investopedia.com: “Compounding is the process in which an asset’s earnings, from either capital gains or interest, are reinvested to generate additional earnings over time. This growth, calculated using exponential functions, occurs because the investment will generate earnings from both its initial principal and the accumulated earnings from preceding periods. Compounding, therefore, differs from linear growth, where only the principal earns interest each period.”

So compounding is nothing more than interest on interest. Your interest (or returns) increase your capial and another period interest (returns) are calculated from a higher principal. And so it goes building what is called the snowball effect. That’s what makes it become an exponential function, unlike a normal linear function, when interest is earned on the original principal only. An a graph it looks like this:

Now to show it on specific digits, let me present a little table showing how an investment of 100 units performs over a 10-year period for different yearly returns, which are compounded:

Did you notice what happenes to the investment as time goes on, especially for higher assumed returns? A yearly compounded 20% return turns 100 units into almost 620 units in just 10 years time! The same non-compounded (or simple) return would yield 300 units after 10 years. The difference is over double the value. Magic! 🙂

And now the final conclusion of this post: two most important things in investing are Compounding and Time. The more of both you can get the bigger your success as an investor will be!

In the next parts of the Portfolio Management series we will concentrate on more specific issues that will help you become successful in building your portfolio of assets and managing it. To those of you who are new to globalalphasearch.com I suggest you take a look at the the Global Leaders Portfolio and Pension Portfolio here.