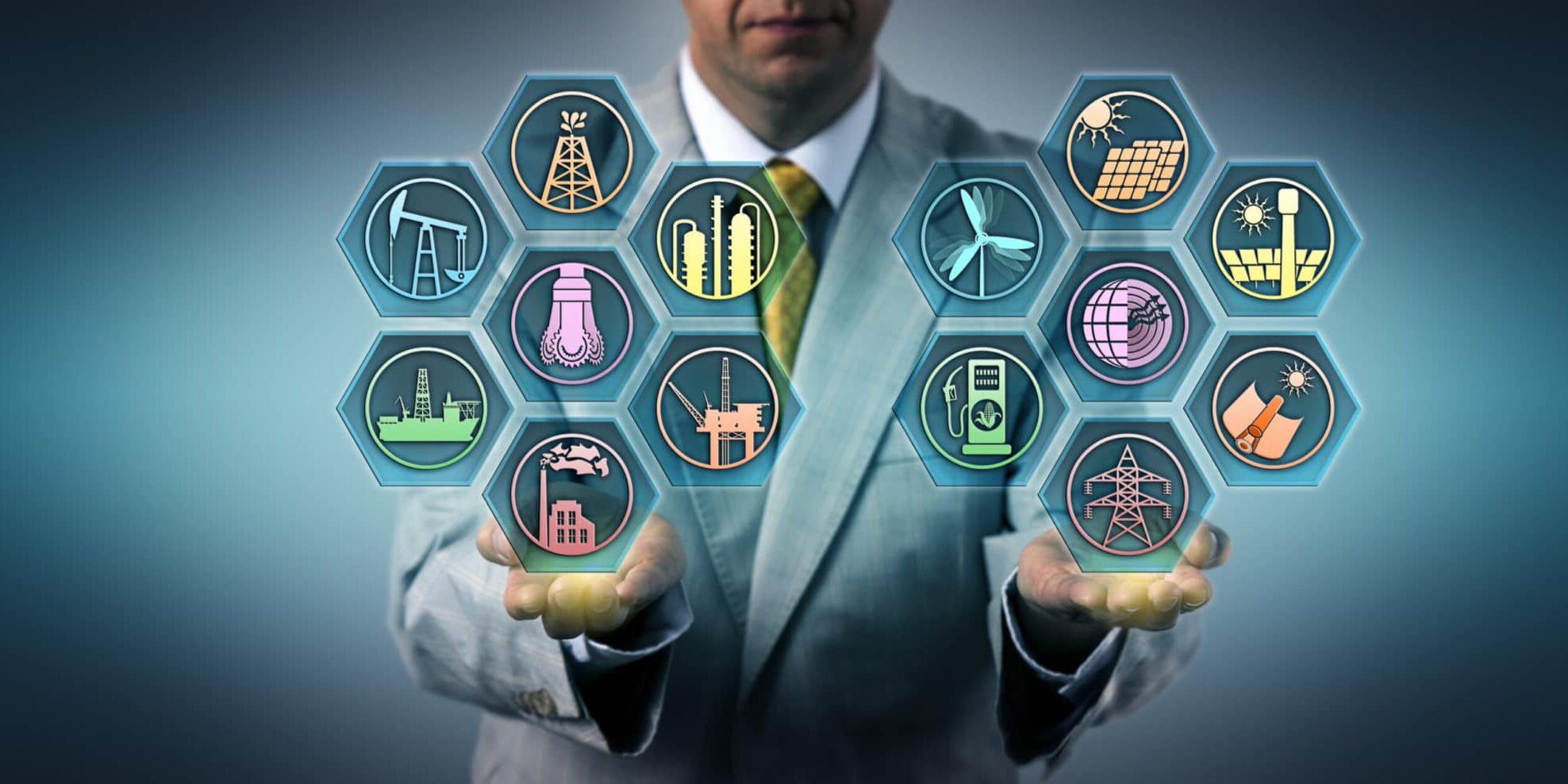 Assume you have now determined which cycle phase we have now? Want to figure out which sectors are best to invest in now and poised to outperform? In this post I shortly explain the general common knowledge as to the relative performane of different sectors throughout the business cycle. Also, I will explain how Smart Investing Approach (SIA) looks in that perspective.

Determination of the phase of economic cycle and appropriate positioning adjustment can have a major bearing on the mid- to long-term performance of your portfolio of assets. All Smart Investors know that of course :). To those who have not yet had a chance to study in details as to how a business cycle looks like, I suggest that you have a quick read of my basic post in that matter here. Dependent on the author or attitude there can be slighlty different descriptions of how a cycle looks, but the base case is always the same: a sinusoidal fluctuation around the natural growth rate, usually split into 3-4 basic phases (sometimes more). The phases are most often called Recovery, Expansion, Boom, Contraction. Also, what’s important, one should not mix up business cycle (usually lasting 1-10 years) with the long-term secular cycle, which is a high level of hierarchy and usually lasts up to as long as 30 years or more. From a perspective of an investor the business cycle is the most important, as it suits most investors’ time horizons. These are usually 3-10 years, unless someone is saving for retirement on his 401(k). In the latter case secular trend should also be taken into consideration to improve maximising returns by the expected retirement date.

Throughout the cycle the state of economy changes. Different phases have some special characteristics, which usually repeat in most of the cycles. In shortest it looks like this:

All these different things happening mean that also equity positioning can in general be adjusted appropriately to try maximize outperformace. Not only the aggregate equities weight in the portfolio (see here for GLP and here for PP on how this is played out in SIA-style portfolios), but also the sector allocations of the equities part. Different sectors have their specific characteristics, which usually cause them to out- or underperform during certain phases of the cycle. Let me summerize this phenomenon in short in the next section, but first make a quick look at what sectors are and how they’re divided.

Let us also explain that sector split the vast majority of financial industry uses right now is the one proposed in 1999 by MSCI and called The Global Industry Classification Standard (GICS®). This graphic depicts the general standard of classifications:

As you can see there’s 11 main sectors used. This is also inline with all the below data I present. We will stick to this nomenclature in this article. You can find more about GICS here.

Early cycle/Recovery: It’s usually the phase with the highest average performance for equities as an asset class. Historical data collected by Fidelity Investments show an average 25% gain per year for the period of 1962-2010. More on this later. Due to their cyclicality, the sectors that benefit the most from the upturn in economic activity, low interest rates and supportive macro policies are: Consumer Discretionary (more money for things you consume, but don’t necessatrily need), Financials (low rates)and Real Estate (rebounce in prices from the low and low rates). Below is a nice graphic presentation of the Recovery phase biggest sectoral out- and underperformers list based on long data of over 50 years:

Hit rate in the graph above just means how many % of times a certain sector delivered its out- or underperformance during a specified cycle phase in the period under scrutiny. You can also notice that the early phase underperformers are mainly the defensive sectors with much lower flexibility to the changes of economic activity (Energy, Utilities, etc.). This is pretty obvious and logical.

Mid cycle/Expansion: This is is usually the longest phase. The sectors that are most sensitive to interest rates, usually give way to other sectors, which see increased demand only after the new cycle has firmly settled in already. The growth is now stable and sound, labour market is improving and people see continued improvement of their situation. This is when the broad growth wave happens and takes “all the boats with it” as Warret Buffet once said. Hence in this phase the size of outperformance of the best sectors is not so clearly visible as in the early cycle phase. Clearly though Information Technology joins the list of best performers. And also it is even more cleare to name the sectors that are poised to underperform as they do not take such a big participation in the growth as other sectors, just as they are more safe during the downturn. These are mainly Materials and Utilities. Let’s take a look at Fidelity’s data again for Recovery phase:

Late cycle/Boom: This phase is mostly known for one major trend. It’s the instability. Inflation usually runs at a rate that is not sustainable nor acceptable by the central bank, equities show smaller returns, as some investors start turning to more defensive sectors. The inflationary pressures help Energy and Materials usually do well, whilst the encrouching instability supports the defensives. Amongst them mainly Consumer Staples (you buy bread and milk no matter if there’s boom or bust), Utilities (more stable revenues + dividends) and Health Care. Fidelity data on the part of cycle below:

Contraction/Recession: During the Contraction the cyclicals are the ones that take the biggest hit. Investors turn to safety and look for sectors where profits are not under such pressure during the downturn. Sectors like Consumer Staples, Utilities and Health Care tend to do best during this periond. Also because they usually offer stable dividends to investors. Let’s again look at Fidelity data:

And here is a summary of the findings:

Asset allocation throughout the cycle

Now I also wanted to shortly present another piece of interesting data from Fidelity that confirm just how much sense cycle-adjusted investing, as is Smart Investing Approach (SIA), makes. Take a look at the following graph:

What is striking here? It’s the dependence of equities performance on the phase of the business cycle. As you can see in a 60-years timespan, equities have clearly made best performance during the Recovery (Early) phase. Latter two phases showed smaller average return of equities and Recession showed an average 7% drop. Now that’s exactly why SIA-style portfolios asset weights are determined by equities (because they are the most volatile and risky asset) and have the biggest equities weight in the first phase of the cycle (upto 70% in case of Global Leaders Portfolio (GLP)) and the smallest (0-20% during the Contraction/Recession phase). Also during Recession we have biggest weight in Bonds (exactly when they perform best with 13% average gain) and Gold (not in this statistic, but used as value holder during recessionary times and proved to do the job well – I write about it extensively here).

All this together brings us to the most important characteristics of SIA portfolios: smooth long-term gains with limited downside risk. We have the right portion of the right assets at the right time.

First it needs to be stated that SIA-style portfolios do not follow closely the policy of over- or underweighing certain sectors throughout the business cycle. They do follow the cycle-adjusted asset allocation policy though, which is the basis of their philosophy.

The Pension Portfolio (PP) is purely allocation-based. We chose no sectors by definition, nor do we pick stocks in this case. Wy only stick to adjusting the proper asset allocations to a certain phase, as described in the above section. And this works well, as you can see.

In case of the GLP on the other hand, we do pick stocks. But these stocks will by their very nature (because they have passed the SIAScore) have mostly the characteristics of more cyclical sectors like Information Technology and Health Care. Here are the two main reasons for this:

1. SIA is aimed at maximizing shareholder value via exposure to sectors showing above average growth. The equity part of GLP is supposed to capture the “world’s best assets”, meaning the ones that will defend themselves on a relative basis to the market both when there’s expansion, but also when things go bad in the economy. It’s hard to find such stocks in purely defensive sectors like Utilities and similar. The function of defensive equity sectors is rather taken over by appropriate allocaiton to Bonds and Gold in GLP.
2. SIA avoids indebted companies. Higher portions of debt are usually typical for more capital heavy sectors like Industrials, Utilities, etc. Low or lack of debt also makes SIA-style companies less interest rate sensitive, even though they represent more cyclical sectors.

So in GLP we do not look to capture additional portfolio outperformance by reallocating to different sectors throughout the cycle, but we rather concentrate on chosing companies with such characteristics that will guarrantee their outperformance by their very fundamentals and not their sector membership.

Here’s a list of current GLP stocks and their GICS categorization:

I invite you to share any of your thoughts about sector investing in the comments below or on FB or LnkdIn :).

Take care and all the best to all Smart Investors!


Disclaimers: None of the ideas, views and thoughts presented here shall ever be taken as a recommendation to buy or sell stocks,bonds,FX,commodities or any other financial instruments as stated in REGULATION (EU) No 596/2014 OF THE EUROPEAN PARLIAMENT AND OF THE COUNCIL of 16 April 2014 on market abuse (market abuse regulation) and repealing Directive 2003/6/EC of the European Parliament and of the Council and Commission Directives 2003/124/EC, 2003/125/EC and 2004/72/EC or the Regulation of the Polish Minister of Finance of 19 October 2005 on information constituting recommendations regarding financial instruments, their issuers or exhibitors (Journal of Laws of 2005, No. 206, item 1715) or the Polish Act of 10 February 2017 amending the act on trading in financial instruments and some other acts. The article is for educational reasons and purely presents private views of the author, thus the author shall not be claimed eligibile for any losses of a third party resulting from trading activities based upon this article. The author uses his best knowledge and data from sources believed to be reliable, but makes no representations as to the accuracy of the data. Full Disclaimers&Liability Limitations page.
Categories: Investing, Macro, PortfoliosBy Pawel Cylkowski24 August 2020Leave a comment
Tags: asset allocationbacktestingderivativeseconomic cycleetfgicsglobalalphasearchgrowth stocksinvestingmacroeconomicspension portfolioportfolio managementsector investingthematic etf
Share this post
Share on FacebookShare on Facebook TweetShare on Twitter Share on LinkedInShare on LinkedIn