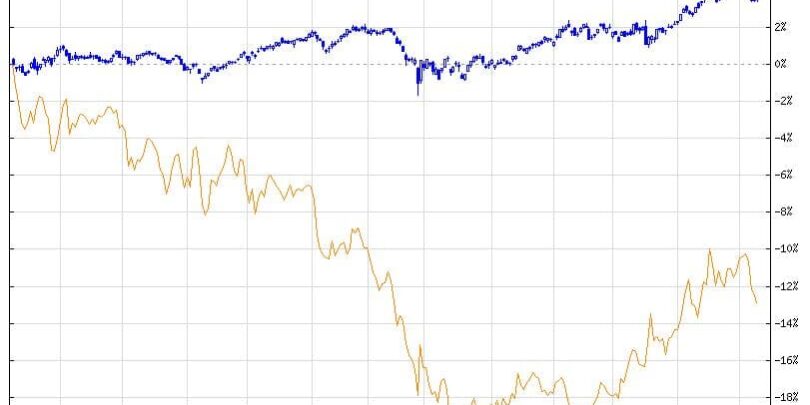 Dear Copiers&Followers, Those of you investing in Treasuries possibly wondered many times how to be best positioned in different economic environments. I have also got questions about that. So here’s a short playbook for those looking to maximize their performance in that respect.

In times like now, when we have relatively high inflation and negative real yields, long-term Treasuries performa badly. This is mainly due to the fact that higher inflation changes inflation expectations in the mid to long-term and investors expect the monetary policy to be hawkish (higher Fed Funds rate in the future, potential QE tapering, etc). this drives the long-term yields higher, as investors sell off their long-term treasuries in an expectation to be able to reinvest later at higher Yields to Maturity (YTM). The offerings of new treasuries in the future, given the expected higher short-term interest rates, are expected to be priced lower (or offer higher YTM). The demand for money for speculative reasons falls from its peak, which is when interest rates are at their lows).

In such an environment it is advisable to:
(a) shorten the duration of your bonds portfolio (i.e. be long more $IEF or $SHY vs. less $TLT)
(b) switch to Treasury Inflation-Protectes Securities (TIPS), which (instead of giving you a certain fixed YTM) index your holdings (the nominal or the coupon) against inflation plus a certain margin.

Above you can see a graph showting relative performance of $TLT (long-term US Treasury ETF) vs. $TIP (TIPS ETF) over the period of last 12 months, so a time with increased inflation and rising long-term yields. As you can see $TLT is down over 12% over that period, whilst $TIP is up almost 4%

In an opposite situation of stubbornly low inflation (like in the the last decade on average) the opposite is true naturally. So it’s best to:
(a) increase the duration of your bond portfolio and be long long-term treasuries (i.e. $TLT) over short-term ones, as inflation expectations are low and falling, yields are falling, long-term treasuries are rising.
(b) chose Treasuries over TIPS.

I see two basic scenarios now:
1) If you tend to agree with the Fed saying that inflation is transitory and wil come back to normality some time soon, you will possibly be better-off with longer duration and less TIPS over long-term treasuries
2) If you think that those pundits calling the next decade an era of high inflation and a change in the paradigm we’ve been in since 2009 (start of QE), you should possibly shorten your duration and invest some of your money in TIPS.

Glossary for those of you not familiar with some workign here:
𝑫𝒖𝒓𝒂𝒕𝒊𝒐𝒏- there’s two basic types of duration: a) Macaulay Duration – estimates how many years it will take for an investor to be repaid the bond’s price by its total cash flows. b) Modified Duration – measures the price change in a bond given a 1% change in interest rates. Modified Duration (Dmod) is calculated using the Macaulay Duration (DMac). A higher DMac will also have a higher Dmod, because the haigher the average time to get your cash-flows back from a bond (or a portfolio), the higher the sensitivity of such a bond (portfolio) to interest rates.

𝒀𝒊𝒆𝒍𝒅 𝒕𝒐 𝑴𝒂𝒕𝒖𝒓𝒊𝒕𝒚 (𝒀𝑻𝑴) – is the total return anticipated on a bond if the bond is held until it matures. Yield to maturity is considered a long-term bond yield but is expressed as an annual rate. In other words, it is the internal rate of return (IRR) of an investment in a bond if the investor holds the bond until maturity, with all payments made as scheduled and reinvested at the same rate (Investopedia).

For more content like this I invite you to follow my Popular Investor Feed :). This is not an investment advice and the article presents purely the views of its author.

Find me on eToro! https://www.etoro.com/people/globalalphas
5 January 2023